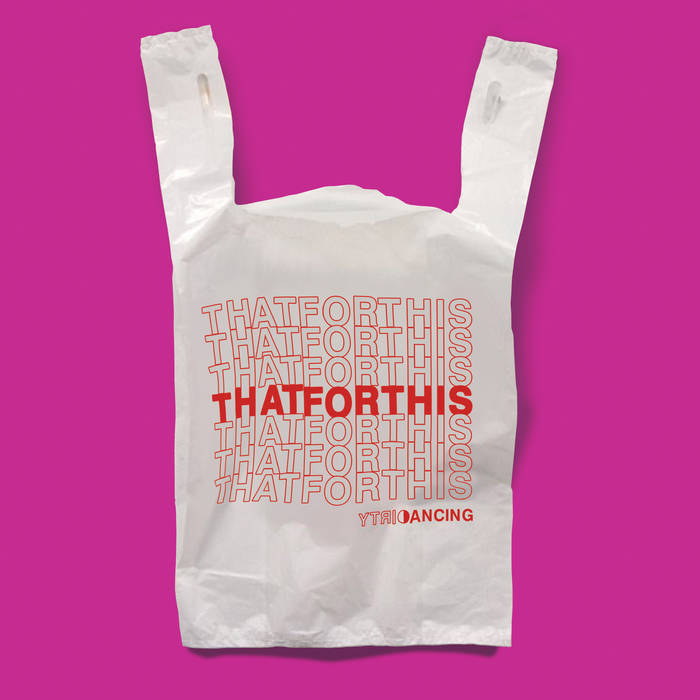 ​On May 11th, local post-punk outfit Dirty Dancing will be releasing their second LP That for This ​through GLOSS Records. Led by primary songwriter Eric Schoen, the band has seen innumerable lineup changes in its decade-long existence. The current lineup of Schoen (Guitar/Lead vocals), Neil Larson (Guitar/Vocals), Max Williamson (Bass/Vocals), and Travis McDonnell (Drums) coalesced in the fall of 2017 to begin work on ​That for This​ with producer Harrison Colby.
The year and a half of on-again, off-again recording sessions formed the album’s raw, angular sound -- with stark and multi-faceted statements on chance, loss, love, and consumerism. “The entire music experience, from performing to buying and selling records, is a transaction between audience and artist, like an abstract conversation,” says Schoen. This kind of detached stoicism permeates the band’s sound. Songs like “Right Place, Right Time,” to “Winning” with its screamed chorus of “To win you gotta beat someone,” showcases the band’s unique blend of deadpan lyrics with twangy, percussive guitar.

Bandcamp Daily  your guide to the world of Bandcamp

Benji B talks about his new compilation ‘Deviation Classics’